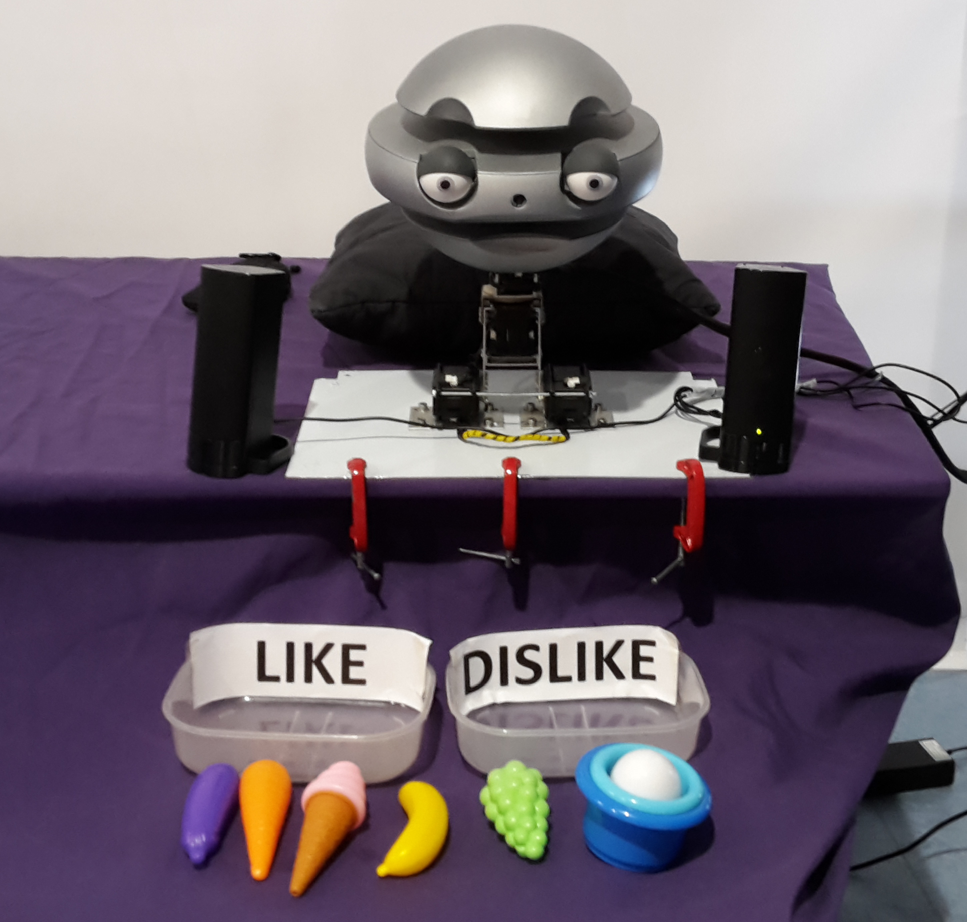 Do robots like ice cream for breakfast? Probably not a question that’s crossed your mind, but on 13 and 14 May a group of researchers from MACS and SoSS posed it to members of the public visiting the Glasgow Science Centre.

That is, Alyx the robot was out on show, asking passers-by if they could offer her some food for consideration. Visitors lined up to offer Alyx a range of items for breakfast (including an ice-cream). Having considered their offerings Alyx produced a facial expression to show her preference.

Our analysis shows that there are certain facial expressions Alyx produces that are read similarly to a human face.

The research was conducted as part of the Socially Competent Robots (SoCoRo) project. The SoCoRo project is an EPSRC funded project aimed at developing a robot-training buddy for adults with autism, to improve their social and work-related skills. The Glasgow Science Centre venture was the first evaluation of the robot’s expressions.

Dr Peter McKenna, Research Associate, said: “Our analysis shows that there are certain facial expressions Alyx produces that are read similarly to a human face. This information is vital for developing a socially-competent companion for our future work with autistic adults.”

At present 90% of adults with an autism spectrum disorder (ASD) are unemployed across the globe. Impaired social communication and interaction hold back the working potential of this group. However, robots like Alyx can help change this outcome by offering additional assistance and knowledge of social skills, thereby creating more opportunities for everyone, regardless of diagnosis.